Two of the best Soviet sweets: “Bird’s milk” and “Prague” were invented by the hereditary pastry chef Vladimir Guralnik. He worked as the head of the confectionery shop in the Prague restaurant in the capital and enriched the Soviet art of confectionery by inventing more than 30 new recipes. If there were cakes on the table made according to his recipe, the family holiday was a success! 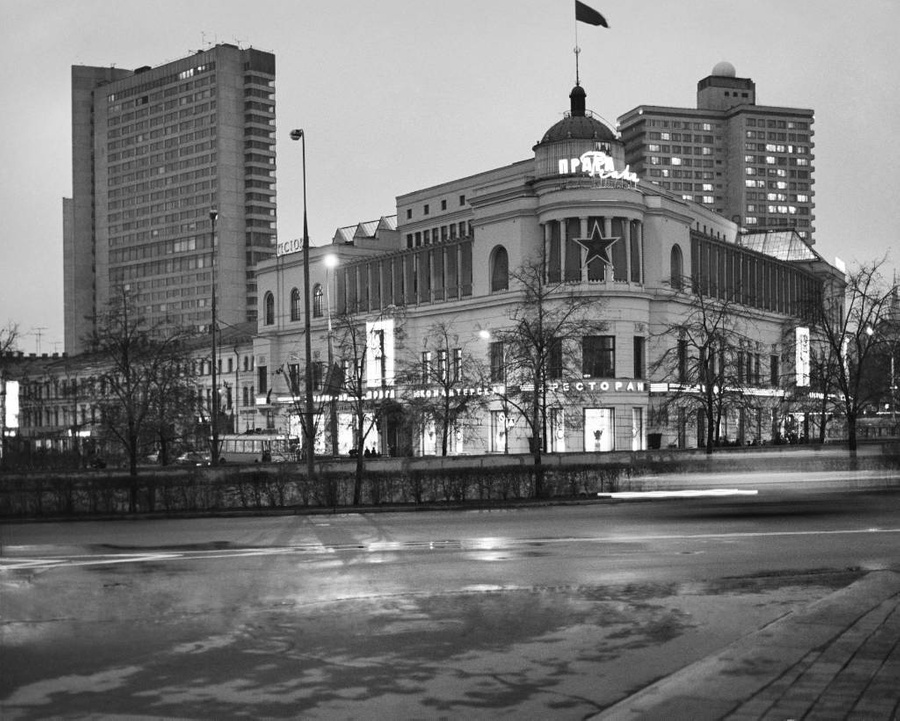 “Prague” was invented by a pastry chef in the 1960s, inspired by communication with Czechoslovak pastry chefs. Sadly, in the USSR there were no such ingredients that Eastern European specialists could add to their recipes – there were no carts or brandy, but even without that, the recipe for a new cake developed by Guralnik surprised the Soviet people. The cake, consisting of chocolate biscuit cakes, chocolate cream, chocolate fudge, chocolate cream, has become almost the standard of “sweet life”.

What did you get to prepare it? The simplest natural products: premium flour, eggs, cocoa, sugar, butter, condensed milk, fruit essence, apricot jam and molasses. The cake was made of chocolate biscuits, which was smeared in a special syrup, the cakes were smeared with a cream consisting of cocoa, condensed milk and butter, the sides and the upper surface of the cake were smeared with apricot jam. The top of the product was decorated with chocolate fudge, sprinkled with cocoa, “signature” pattern of chocolate cream and cunning glaze lace.

In the early years, the restaurant pastry chef produced 50 cakes every day, but the demand for “Prague” only grew. The recipe was finally shipped across the country. The housewives tried to cook “Prague” in the kitchen, but few people succeeded. There was no mixer, and the eggs had to be beaten with a whip – it took a long time, and the biscuits often did not work. The Soviet stoves were also to blame for this, which unevenly heated the space of the oven – the biscuits burned, fell or did not bake. Beating the cream without the mixer was a real deal.

Another cake with which Guralnik literally made the Soviet people happy was Bird’s Milk. He was inspired by the Polish delicacy “Ptashemlechko” – souffle with chocolate glaze. Those who managed to try “Milk” then spoke about their feelings. Guralnik invented it in the 1970s and the popularity of the cake among the people became so high that a special workshop had to be set aside for it, where every day they first produced 500 cakes, and then 2000 cakes per day. The Kremlin also complained about “bird’s milk” – the sweets made it to Leonid Brezhnev, Secretary General of the CPSU Central Committee. To make a souffle cake, the sweets took egg whites, molasses, citric acid, condensed milk, vanilla and sugar. It was impossible to recreate this at home – there was no agar-agar thickener on the free market, on the basis of which the souffle was created. It was difficult to prepare: the boiled and cooled syrup was poured into the beaten proteins in a thin stream, to which agar-agar had already been added, the cakes were immediately poured with this mass and sent to the refrigerator for to harden.

To cook “bird’s milk” at home, Soviet housewives made great efforts: instead of agar-agar, they used gelatin, puffed oatmeal and even rice pudding. 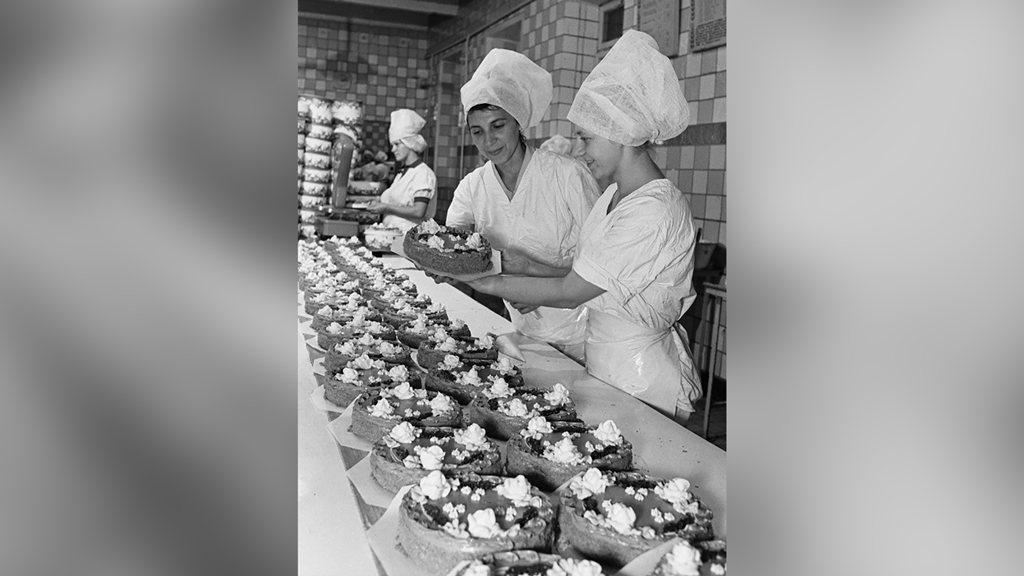 Bakery and confectionery factory in Kiev. Photo © TASS / A. Poddubny

According to legend, the cake “Kyiv” was created in the confectionery factory. Karl Marx wrong. Someone forgot to whip the squirrels in the fridge, they fell and two pastry chefs had to store the food. All they had time to think about was to add flour and nuts to the dropped mass and bake the cakes. Everything else was created in motion. But officials of the factory, which is now owned by a man without special love for Russia, Petro Poroshenko, claim that this is simply a legend and that Soviet sweets worked with the intent to create the cake. Now the cake recipe is kept secret. It is made only in Kiev and sold only there or in the Kiev region.

But in fact, the recipe has long been sold according to Soviet textbooks. It is made on the basis of nut biscuit cakes with the addition of Charlotte cream, Charlotte chocolate cream, powdered sugar and biscuit crumbs. The middle of the product is painted with cream, the side and the surface are covered with chocolate cream. The main point of the cake is the addition of cognac to the cream. Garnish with candied fruit and cream. The base of the biscuit-nuts was baked by adding the beaten egg whites to a mixture of flour, baked and then with crushed walnuts, mixed with a little flour and sugar.

There is now heated debate over what kind of nuts were added to Kiev. Some believe it was hazelnuts that traditionally grew in the southern USSR, others claim that tons of cashew nuts were supplied to Soviet Kiev from India. The recipe for the cream has also changed – it used to be based on milk syrup, egg yolks and butter – the cream was lighter. Cream and margarine can now be added. 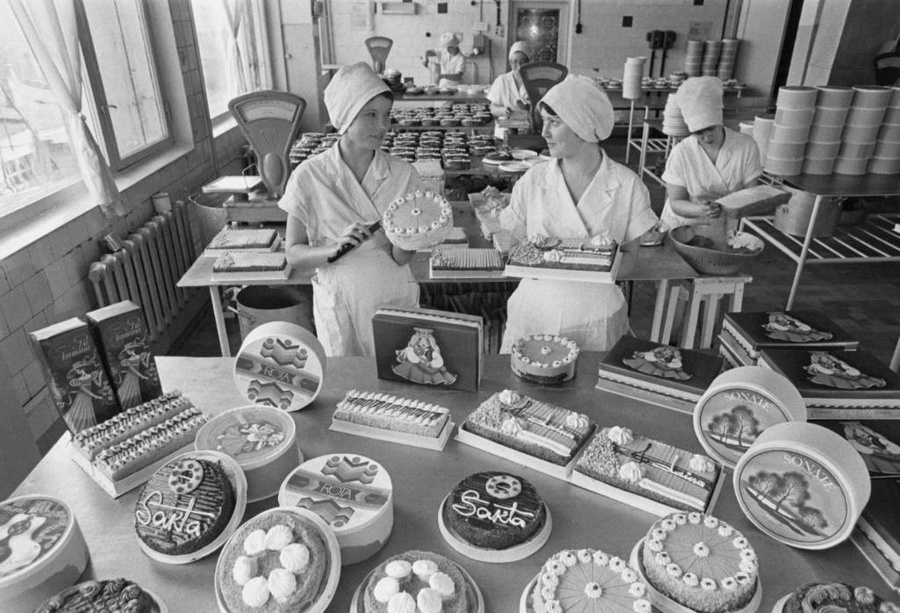 But the “Honey” cake in the USSR was also bought on weekdays – it was cheap, but very tasty. 75 grams of natural honey were needed to produce each product. Few Soviet people could have imagined that on his table was the invention of a 19th-century court confectioner who had baked this dessert for Empress Elizaveta Alekseevna, the wife of Alexander I. does not like honey. But the cake pleased Elizaveta Alekseevna, and the pastry chef had to accept the composition of the cake.

The recipe in the USSR has not changed much: the cakes baked many cakes with thinner biscuits in honey, smeared them with sour cream and sprinkled them with biscuit crumbs. Everything. Honey, eggs, flour, sugar, sour cream. There were other cakes: “Fairy Tale”, which was remembered for flowers from butter cream, “Coffee”, “Truffle” from biscuits and “Charlotte” cream with chocolate chips, “Remember” with blue flowers, ” Walnut. “,” Leningradsky “cakes and” Fall of leaves “; “Sportivny” puff pastry, “Khreshchatyk” almonds, airy “Spider Web” with creamy fruit cream and much more. 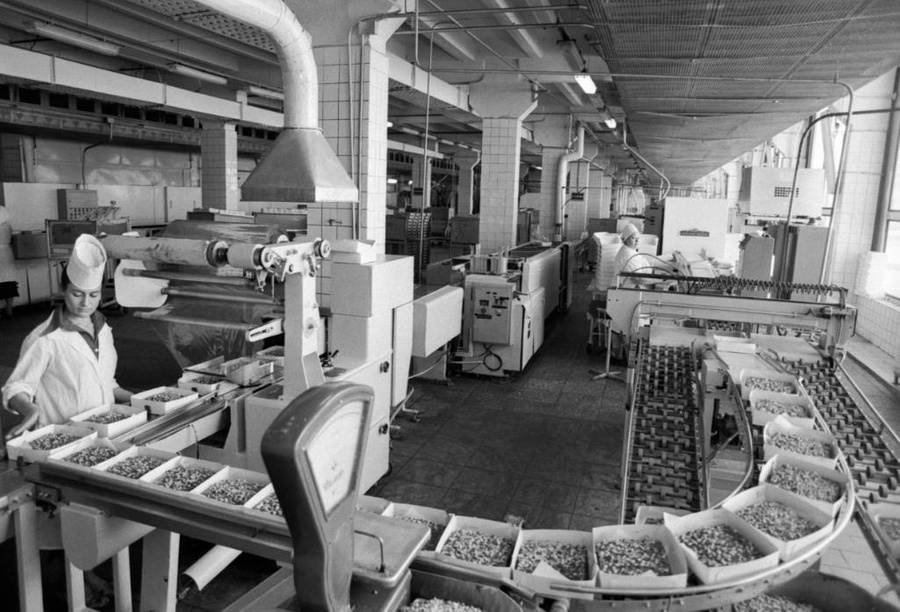 Now many are arguing that, they say, in the USSR they added nothing to cakes, only the population did not know about it. Probably in the provinces they sometimes used margarine instead of butter, but this margarine contained neither rapeseed nor palm oil.

Meanwhile, Soviet confectioners were well aware of the existence of food additives, but only 21 additives were allowed to be used in the food industry. Among them were allowed soda, citric acid, natural lecithin, various sugars, cellulose, sweeteners and agar-agar, phosphatides, which were made from soy and sunflower seeds. To decorate the floral cakes, 16 colors were allowed to be produced, including carotene – a carrot pigment, curcumin, beetroot, saffron, burnt sugar, edible tannins and charcoal. Fortunately, the colors were only used to decorate the cake. They were not added to the main cream. Starch and ascorbic acid were used as dough improvers. Of the gelling agents, agar-agar and agaroid, which were made from marine plants, pectin, a product made from apples, was added to the glaze. Gelatin, sugar and starch were used as stabilizers.