Traffic at the intersection of Serebrennikovskaya, Maxim Gorky and Chaplygin streets will resume from City Day on 26 June. At the moment, regarding the repair of heating networks, almost one kilometer of road on its side is blocked. The mayor of Novosibirsk, Anatoly Lokot, ordered the acceleration of completion to minimize concerns for city residents.

“In 2022, the volume of repairs of the city heating network increased six times compared to last year. We entered a new pricing area, so it became possible to repair more heating systems. Under the road passes one of the highways on which work has begun. Serebrennikovskaya, about a hundred residential and social facilities are associated with it. Almost a kilometer from the heating network is being repaired here. Of course road blockage greatly affects the organization of traffic. “Even the tram in this section had to cross into single-track traffic,” said Anatoly Lokot. 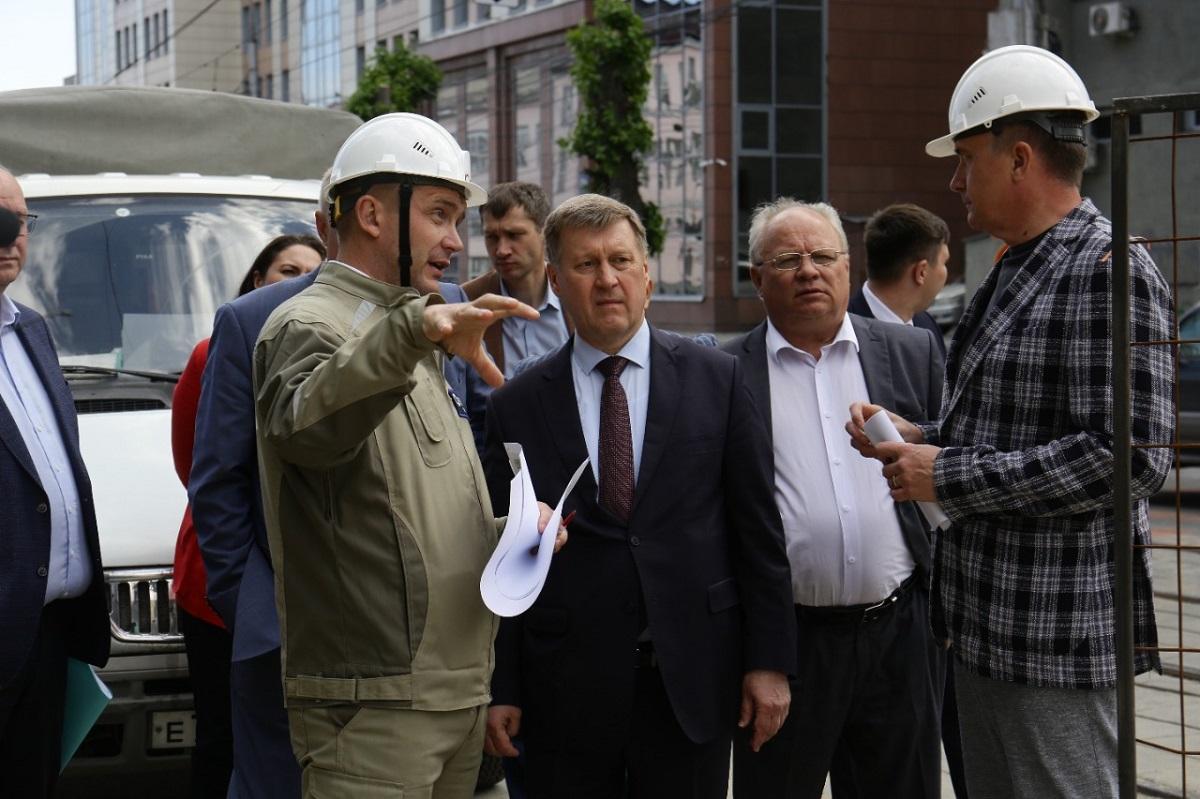 According to the mayor, today the priority task is to complete the repair of the section from the street on the city day. Shchetinkin on st. Chaplygin, where there are two intersections. Restoration of the paved sidewalk and resumption of the movement of vehicles and trams in normal condition is required.

Now NTSK LLC is replacing a heating network with a diameter of 700 mm in a two-pipe version from house no. 10 in house no. 40 on the street. Serebrennikovskaya, the length of the section is 897 meters. Temporary hot water supply is provided to customers. Project works are included in two programs. A 555-meter section is being renovated under a technical re-equipment program, a 342-meter section – in a major repair program. The approximate cost of repairs on site will be 187 million rubles. The work is performed by the contractor LLC “Masstroyelit”.

“The main heating on the street. Serebrennikovskaya settled in the 60s, has never been repaired, is in very poor condition. Over the last five years, 39 claims have been registered here. Due to a combination of problems, we are a little behind schedule, but the mayor has decided to open the main intersections by city day – with Gorky and Chaplygin streets. We have a very short period for repairs. We started work in April, until the heating season, which no one will push, we have to do the whole kilometer section, at least in iron, “said Andrey Kolmakov, director of the Novosibirsk branch of SGK LLC.

“I outlined once again the condition that must be respected – to carry out repair work in stages, in order to minimize concerns for citizens and drivers,” summed up Mayor Anatoly Lokot.